What’s Happening in Iran and What Can We Do? 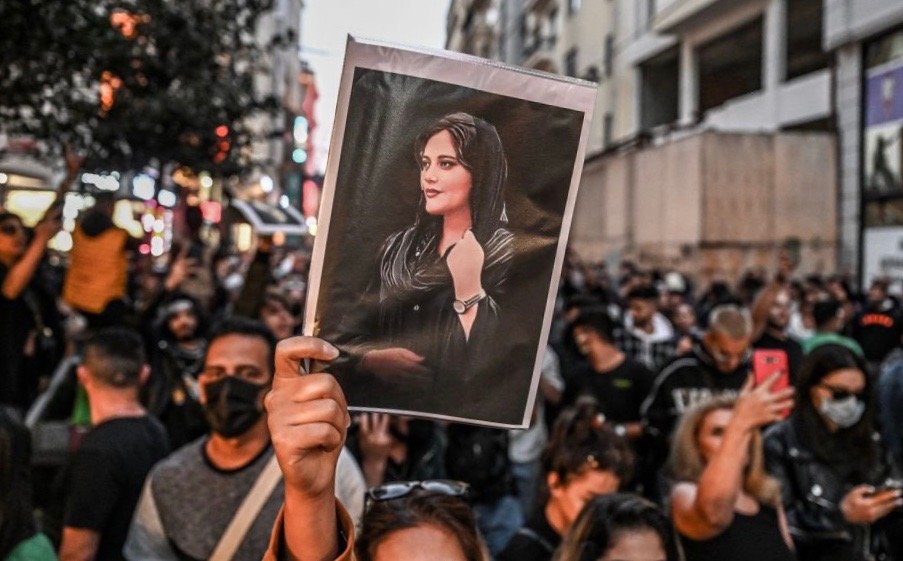 What have you been reading about Iran? The news has come in fast and furious, so we put together a piece about what’s happening, thought leaders to follow, and how to help…

On September 13th, 22-year-old Mahsa Amini was detained by the morality police in Tehran, Iran, for allegedly wearing her hijab incorrectly. Iran’s hijab law requires women to cover their hair and wear loose-fitting robes. “Morality police units arbitrarily enforce the rules,” reports The New York Times. “Their tactics range from verbal notices, to monetary fines, to violently dragging women into vans for detention.” Three days later, Mahsa Amini died. The police claimed she had a sudden heart attack, but people strongly believe (and evidence seems to indicate) that she died from police brutality.

Demonstrations broke out in Tehran and across Iran, most spearheaded by women. Women took off their head scarves and waved them in the air, while crowds chanted “Women! Life! Freedom!” Security forces cracked down by shooting guns and water cannons at close range, as well as beating people with batons. At least 50 people have been killed, and hundreds more injured or arrested, say human rights groups. Cellphone and internet usage has been restricted or shut down around Iran.

“We are witnessing a nationwide reaction, really like a George Floyd moment for the national conscience that can no longer bear the violence and the logic of the ruling class in killing ordinary citizens,” Hadi Ghaemi, the executive director of the Center for Human Rights in Iran, told the New York Times.

When did the mandatory hijab law start?

Before the Islamic Revolution in 1979, women had the freedom to wear hijabs or not; and on the street, you’d see women in hijabs, jeans and miniskirts. But after the Islamic Regime took power, oppressive laws were put into place — including the hijab rule and lowering the legal age of marriage for girls to nine. Since then, women have faced staggering inequity around politics, marriage, child custody, divorce, citizenship, inheritance, travel, and more. Today, women are leading demonstrations calling for an end to Islamic rule.

What can we do to help?

The Iranian government has been shutting down cellphone and internet access across the country. “The Iranian government is counting on you to just click past everything and not care, and I am asking you to please click on our posts and share,” said Iranian-American actress Nazanin Nour on Instagram.

Here are some Iranian and Iranian-American thought leaders to follow (please share more names/accounts in the comments!):
* Holly Dagres, an analyst and editor
* Mahsa Alimardani, an internet researcher focusing on freedom of expression and access to information online in Iran
* Yeganeh Rezaian, a journalist
* Nazanin Boniadi, an actor and ambassador of Amnesty UK
* Jasmin Ramsey, the deputy director of the Center for Human Rights in Iran
* Roya Boroumand, co-founder and executive director of Abdorrahman Boroumand Center
* Shayan Sardarizadeh, a journalist for the BBC

Please also consider donating to Iran-focused human rights organizations based in the U.S., including the Center for Human Rights in Iran and Human Rights Activists News Agency.

How are Iranian-Americans feeling right now?

Today, I spoke on the phone to Sharareh Siadat, a first generation Iranian-American and the founder of TooD Beauty, who lives with her three daughters in New York City. Here’s a condensed version of our conversation:

What is your emotional temperature right now?
I’m 42 years old. I was born in 1980, right after the Islamic Revolution, and my parents had come to the United States. For the first time, I’m understanding how this could be my reality right now and how a switch altered my life. In Iran, as a woman, you can’t be the architect of your own life. Even walking down the street in clothes you want to wear is not permissible. It has come to a point when these women have had enough. So, how can we help them topple this over? What can we do other than tell women to take their scarves off and then they get killed and we’re in this infinite loop?

It must be especially scary as a mother of three girls.
The challenging thing about this is what’s happening in this country with abortion. The U.S. is sending a message to other countries that controlling the autonomy of women’s bodies is okay. We live in a systemic institutionalized patriarchy worldwide, and that includes the U.S.

What can people do to help Iranian women?
The single most important thing we can do right now is to drive awareness to what’s happening. Amplify the voices of Iranian women. The country is trying to silence them with the Internet blackout and by killing them.

What do you think people misunderstand about Iran?
In movies and media, Iran is often portrayed as a bunch of terrorists, but the people themselves are being terrorized by the government. Even in 2022, if you speak up you can be assassinated. The country itself is being held hostage.

What would you do if you had a magic wand?
If I had a magic wand, countries, including the U.S., would give support and forces and help. I wish that level of love and compassion and humanity would be extended to my people. Iranian women are so strong and outspoken. They’re badasses and they’re so brave to do this, to really try to topple this regime and to imagine a world they want to belong in. I would love to give them the opportunity to be the goddesses they all are. I can’t even imagine the incredible world we would live in if these women were given that opportunity.

Thank you! Please share any thoughts and ways to help. Also, Persepolis is a fantastic graphic memoir about a girl’s childhood during the Islamic Revolution.