Thinking about the Uvalde School Shooting, and What to Do Now 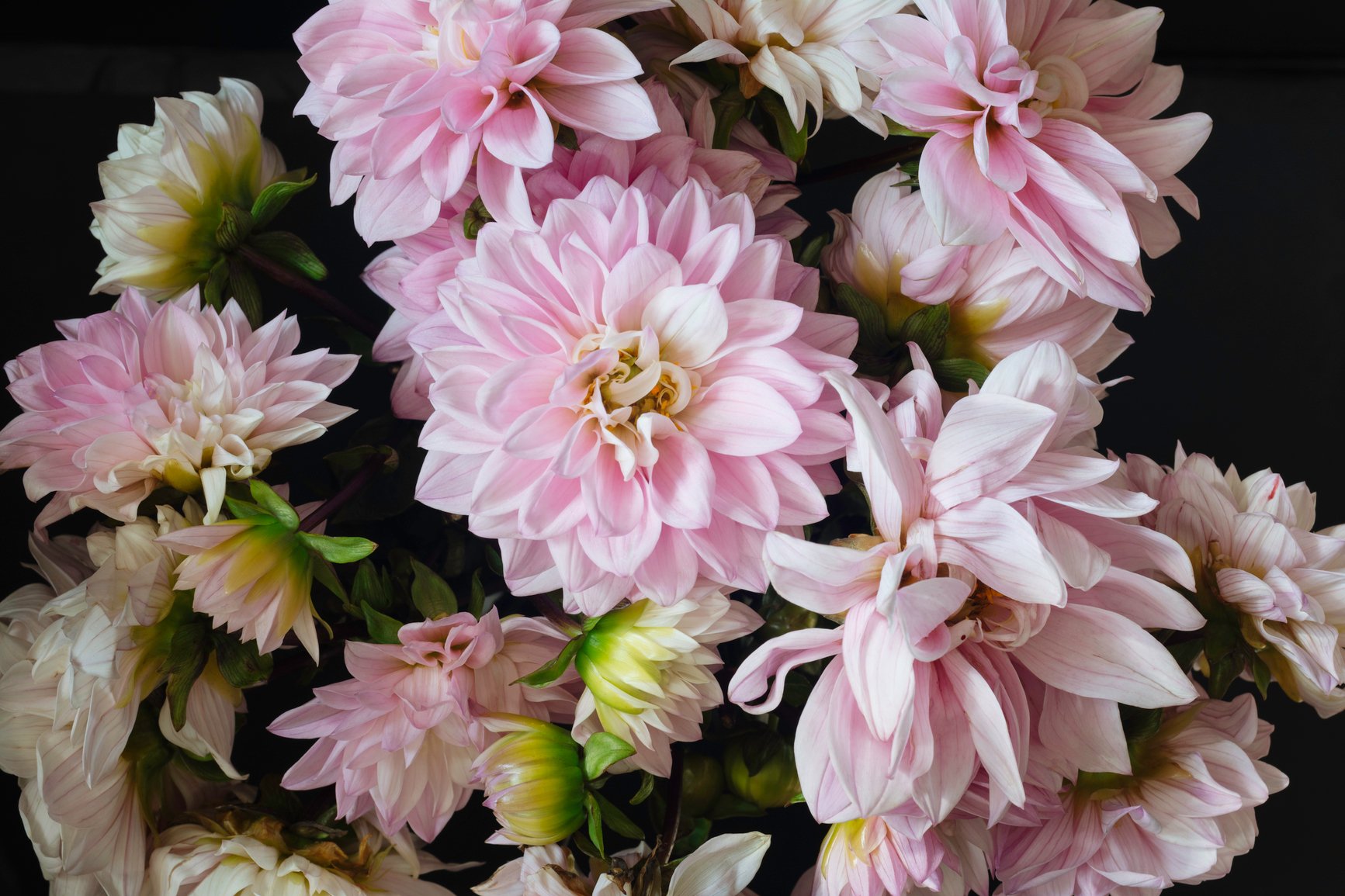 Yesterday, a lone gunman killed at least 19 children and two teachers at a predominantly Latino elementary school in Uvalde, Texas. On May 16th, a man opened fire at a Taiwanese church in Southern California, killing one person and wounding five. On May 14th, a gunman fatally shot 10 people, almost all of them Black, inside a grocery store in Buffalo, New York. On April 12th, a gunman shot 10 people in a subway station in Brooklyn’s Sunset Park, a mostly Chinese and Hispanic neighborhood.

“Who wants to be in a country where you can’t process one massacre before another one happens? You can’t even grieve here,” tweeted activist William C. Anderson.

In a country where this happens, what is one supposed to say? To write? To tell our still-alive children? It feels pat to say we are sorry, we are donating X amount, we are outraged. Instead I want to punch the wall. I want to run down the street screaming. THIS IS NOT NORMAL. THIS IS NOT OKAY. This is not another post that we write and then wait for the next time. What the actual fuck a million times over, and which way is up and which way is down, and where are those 19 children and two teachers now and are they at peace?

I keep thinking about the parents whose lives are now a hellscape, starting yesterday and for the rest of their lives. As someone who has survived desperate depressions, I find the scariest thing to be the threat of getting sucked again into that black hole. And all those family members, as of last night, are entering that alternate existence, that plane of despair, the deepest circle of hell; and even just witnessing and understanding that that is happening for them it is more than one can bear.

My younger son is in elementary school, like the kids in Uvalde. He’s the kind of third grader (like every third grader?) who is always wiggly. He either runs or dances down the street. He sleeps sideways in bed, head firmly off pillow. He likes jumping over the back of the sofa; he drums with his fingers on the dinner table; he asks us to watch how fast he can run. I think of the Uvalde children: were they wiggling in their chairs five minutes before the shooter walked in? Were their feet kicking along to a song they were softly humming? Were they thinking about lunch? Were they writing with a No. 2 pencil? Were they stacking blocks? Were they laughing? They were breathing, I know that. They were breathing and almost definitely wiggling.

After dropping my dancey little boy off at school this morning, fear in my throat, I came back and looked around the house and thought of the parents returning home alone last night. They would fumble with their keys and open the door. They would step over small sneakers, sneakers that probably had Velcro because tying shoes was still hard. They would see crayon drawings taped on the wall. Honey yogurts in the fridge. A wobbly stack of board games. A colorful toothbrush still damp from the morning. The little bed with tousled sheets from last night and the half-full water glass on the bedside table and the fifth book the child had asked to read but it was clearly too late and they were being silly and sneaky and they needed to get sleep for the school day so they could learn and grow and laugh and play.

The gunman in Uvalde had a handgun, an AR-15 assault weapon and high capacity magazines, reports CBS News. After the rampage, among the carnage, parents had to line up to identify their dead, disfigured children. The child might be unrecognizable to everyone else — a bullet from an AR-15 creates a hole the size of an orange — but a parent would know. By their body, their hands, their look, their energy, their slouch, the way a parent knows. Maybe a scar, a birthmark. They could always look at their feet. I would know my child’s foot from a million others. I know the way his toes slant. I’ve clipped my eight-year-old’s nails every few weeks since the summer morning I pushed him out of my body and fed him from my breasts. More than 200 times, I’ve hunched over those little feet and cleaned and cut those little nails. Sometimes he would fuss, sometimes we would chat, sometimes he would watch TV and absentmindedly pat my back.

I would know. Those parents knew.

“I once read something an educator wrote: they said any time they found themselves getting frustrated at their students, they would just look down at the kids’ hands. The littleness of those hands reminded the educator how much life was left for each child to experience. Today, I think of the littleness of children’s bodies, and how those bodies contain such boundless love and brilliance. To imagine living in a world that will not protect that preciousness — an untenable future for us all,” writes Thao Thai on Instagram.

So what? What do we do? In the 23 years since the school shooting in Columbine, Colorado, Congress hasn’t passed a single, major gun safety law. Instead, the only notable change since the Sandy Hook school shooting a decade ago, writes Zara Rahim, is that “kids are now formally trained to hide, barricade doors, fight, or run for their lives. that was the solution. to literally put the responsibility on them to figure it out and wish them luck.”

Wish them luck. Wish us all luck.

Give blood
If you live in the San Antonio Area, the University Health System is encouraging community members to donate blood to hospitals and centers so hospitals can have supplies on hand to help victims and other patients. The South Texas Blood & Tissue Center said that they currently have appointments booked through Saturday, but they are urging people to keep scheduling appointments throughout the next couple of weeks. If you have paralegal experience and are licensed to practice in the state of Texas, the San Antonio Legal Services Association is calling for voluntary attorneys.

Call your senators
Calling Congress members really helps. Here are tips from ACT: 1) Only call YOUR members of Congress. These lawmakers care about re-election; if you don’t have the power to vote for them, they have little reason to listen to what your opinions are. 2) Be specific, polite, and personal. Always state your full name, city/state, and phone number. Say the name and number of the bill you’re calling about, and concisely state your points. Sharing a personal story about how the policy affects you can also be particularly impactful. 3) Writing letters or emails can be extremely effective, but they’re not as powerful as a phone call. A phone call has a higher chance of making it to your lawmaker, and a large volume of calls about one issue can make it clear just how much constituent support a policy has. Plus, politicians know that calling can be daunting, so if a constituent has worked up the courage to pick up the phone, the lawmaker knows the issue must be extremely important to them.

If you want to find out who your senators are, and how to contact them, go here and enter your zip code. You can also reach any member of Congress by calling the switchboard: (202) 224-3121. Tell your senators to pass H.R. 1446, a bill that would close what’s known as the “Charleston Loophole,” which allows some licensed gun sales to go through before a required background check is done. The H.R. 8 — the Bipartisan Background Checks Act of 2021 — is another bill you can demand they pass. This bill would expand background checks for all firearm sales or transfers in the country. Tell your senators to confirm Steve Dettelbach as the next AFT Director. Here’s a general script from Everytown: “As your constituent, I urge you to vote to confirm Steven Dettelbach as Director of the Bureau of Alcohol, Tobacco, Firearms and Explosives (ATF). The ATF has a critical role to play in enforcing laws that protect communities from gun violence and criminal activities, investigating acts of terrorism, and combating illegal gun trafficking, but the agency has not had a confirmed director since 2015. Steven Dettelbach is a former U.S. Attorney for Ohio who has held senior positions at the Department of Justice, and would be a qualified leader for this critical agency. I urge you to vote yes on his confirmation.”

Protest
Moms Demand Action shares where coordinated protests and walks are taking place all over the country. To find marches near you, search your zipcode here. Wear Orange is also asking everyone to bring awareness by wearing orange from June 3rd to June 5th. You can find a Wear Orange event, walk, or protest to attend here.

Donate
If you are able to, donate to Moms Demand Action and Everytown, the largest gun violence prevention organization in America. Brady: United Against Gun Violence And GoFundMe set up a page of verified fundraisers, where 100% of your contributions to to people affected by the shooting in Uvalde, Texas.

Learn more
The New York Times’s article How to Reduce Shootings has good information, and I learned a lot from Gabrielle Blair’s Q&A. Everytown also has an “Issues” page on their site, which shows how guns affect communities in the U.S. and breaks down ways to prevent gun violence.

Please leave your additional ideas and thoughts in the comments section. Sending our deepest sympathies to the many, many people affected by gun violence. Take gentle care, and hug your babies. xo