The Fatal Flaws of Dietary Guidelines 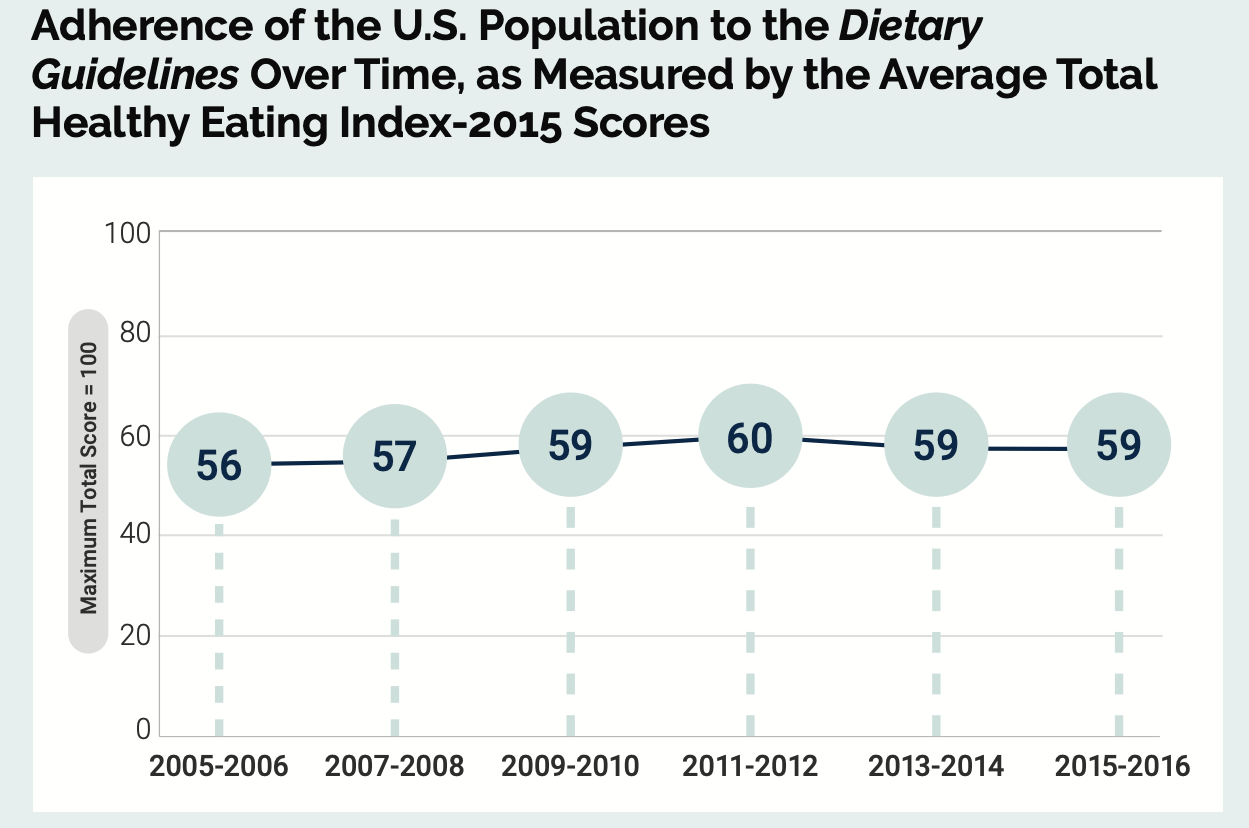 The evidence of the fatal flaws of U.S. Dietary Guidelines is all around us: obesity, overweight, pre-diabetes and type 2 diabetes, type 1 diabetes and other autoimmune diseases, skyrocketing incidence of Alzheimer’s dementia, thyroid diseases like Hashimoto’s thyroiditis, vaginal dysbiosis and premature delivery of babies, recurrent urinary tract infections, accelerated deterioration of joint cartilage. Intended to instruct Americans on how to eat for childhood growth and adult health, Dietary Guidelines have backfired and are a major detriment to health. Misguided advice based on misinterpretations of the science coupled with over-reliance on observational epidemiological data that should never have been used as evidence has crippled the health of hundreds of millions of Americans.

Advice to reduce total and saturated fat intake and increase reliance on grain products are among the fundamental flaws in their advice. Among the physiologic consequences of such flawed advice: increased insulin resistance, increased de novo liver lipogenesis yielding higher triglycerides and more VLDL particles, increased visceral fat, increased insulin resistance in the brain, increased production of small LDL particles from the proliferation of amylopectin A-rich grains, reduced mineral absorption (magnesium, iron, zinc, calcium from grain phytates), as well as health complications from misguided dietary corrections from these effects, such as gallstones that result from people who try to lose weight by cutting calories, or osteoarthritis in weight-bearing joints like the knees and hips.

Some of the adverse consequences of Dietary Guidelines also emerge due to the lack of specific nutrients caused by advice to cut saturated fat intake combined with the modern tendency to choose convenience. The absence of organ meats, in particular, has led to deficiencies in several important factors that previously played important roles in health. Among the important factors neglected by Dietary Guidelines:

NONE of these factors is recognized as important by the USDA, U.S. Department of Health and Human Services, even most doctors or dietitians. These factors are simply not on their radars. Yet all play crucial roles in maintaining skin, joint, arterial, heart, emotional and brain health. The mistakes made in crafting Dietary Guidelines has led to more mistakes, now evident in the massively obese, diabetic, crippled, arthritic, and demented population we now have. You need to outsmart the outdated and ineffective Dietary Guidelines to regain genuine health.

Because consumption of brains and other organs makes modern people squeamish, our modern workarounds are to supplement collagen hydrolysates, hyaluronic acid, phosphatidylserine, omega-3 fatty acids, and include fermented foods in your dietary habits. Then never limit fat or saturated fat, eat no “healthy whole grains,” and banish sugary foods, fruit juices, and soft drinks from your life. By rejecting Dietary Guidelines and filling in the “holes” they fail to acknowledge and you are on the path to magnificent health.