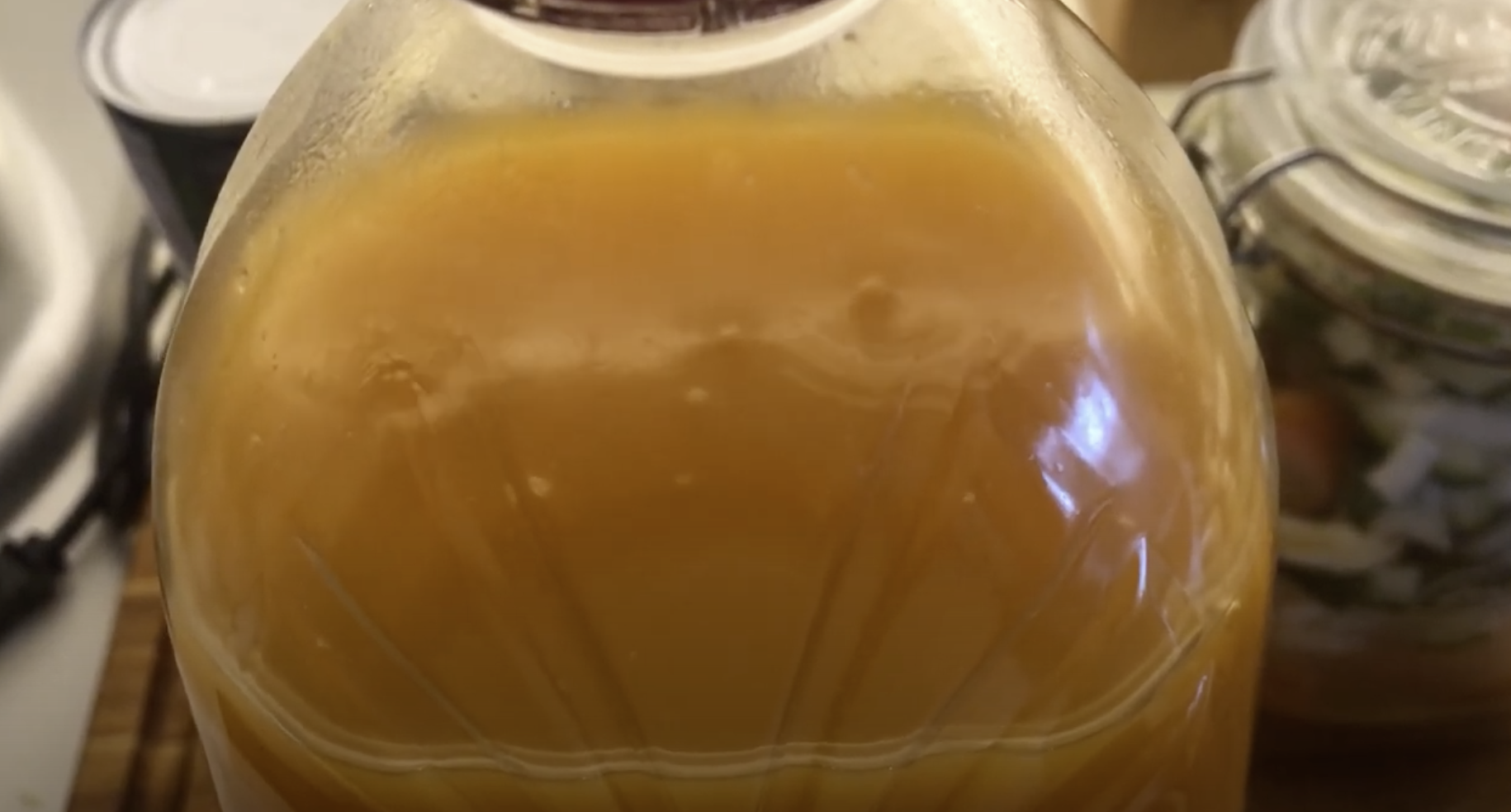 
I’ve previously discussed how to make a sparkling Cranberry Cocktail by fermenting the fungal microbe, Saccharomyces boulardii. This is such an important strategy for rebuilding your gastrointestinal (GI) microbiome, that I’d like to expand this conversation. It is an exceptionally easy microbe to ferment that yields delightful sparkling juices that pack a wallop of important health benefits.

Among the benefits that have been documented with supplementation of S. bourlardii are:

Be sure the juice you choose does not contain preservatives such as potassium sorbate or sodium benzoate. The best juices to ferment are those that contain pulp (and are thereby cloudy, not clear), e.g., apple cider and not apple juice, mango juice, etc. (Shown above in the video is mango passion fruit juice that ferments very nicely.) Also, do not cap the jar tightly, as the volume of carbon dioxide gas is considerable. Capping tightly can cause the jar to literally explode. You should begin to see vigorous gas production evidenced as bubble formation after approximately 24 hours of fermentation. You may have to vent the juice by unscrewing the cap every several hours. (You can also purchase venting devices in home brewing shops.)

The process of fermentation reduces sugar content by 50%. Because it still contains some residual sugar, drink small quantities of no more than ¼ to ½ cup at a time. (Sugar content is reduced further by more prolonged fermentation, but alcohol is also produced. We therefore limit fermentation to 48 hours.)

The Florastor probiotic, i.e., S. boulardii CNCM I-745, is widely available in pharmacies and major retailers.

Empty the capsule of Florastor into the juice. Cap tightly, then agitate to mix.

Loosen cap and allow to sit on your kitchen counter for 48 hours, then refrigerate. Vigorous bubbling becomes evident at 24 hours.