21 Family Board Games that Are Actually Fun 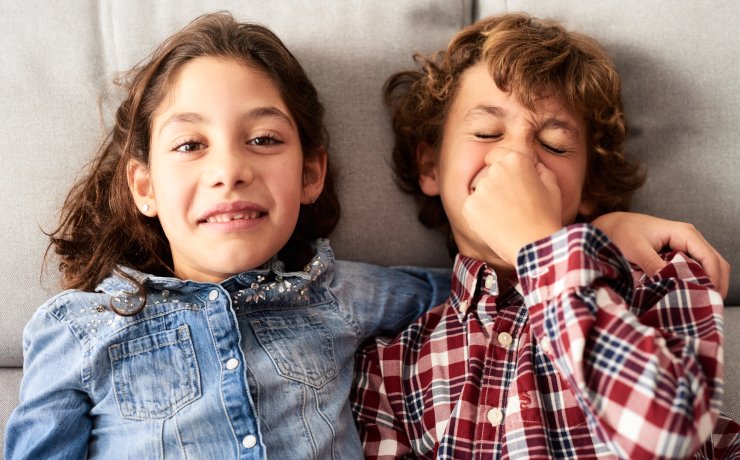 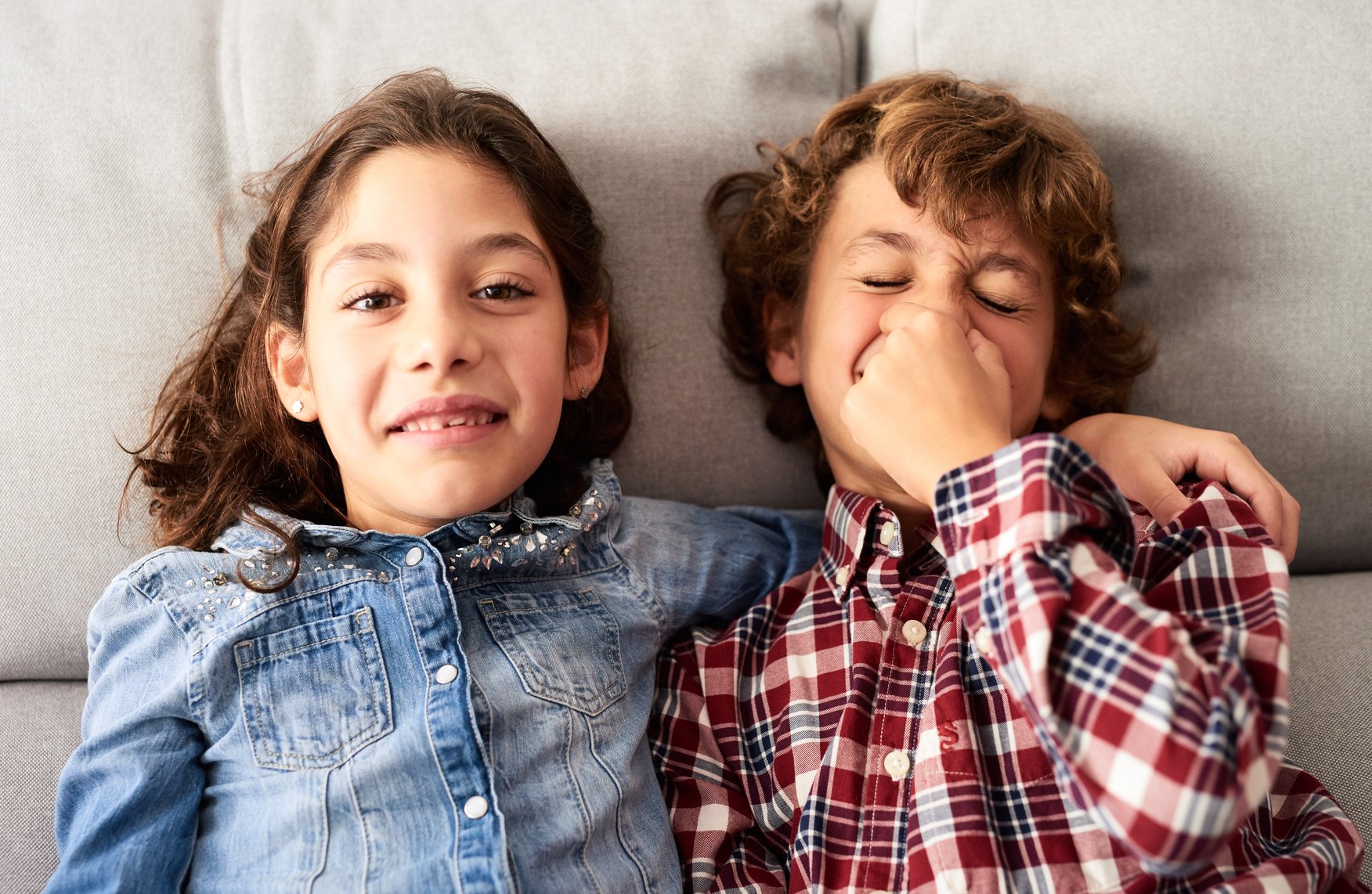 When my kids were 3 and 6 and I was slouched over Chutes and Ladders, dying inside and wishing the fire alarm would go off to break up the afternoon, I couldn’t picture this: those same kids, 19 and 22 now, clearing away the dinner dishes, turning off their phones, and laying out the Settlers of Catan tiles, before trash-talking my old-lady self about how badly they’re planning to beat me. Let the trading of wool and brick commence!

The good news is, there are way better games now than there were when my kids were little. The early investment in gaming is so, so worth it. Besides, games are so deliciously pointless that when you play with your child you give them the message that spending time together is worthwhile enough. Which is an incredibly lovely message, isn’t it?

I’ve narrowed this list down to games for kids who are a little older and can start to think strategically. (So, no party games or word games or dexterity games.) I’m also not including our current favorite game, Viticulture, because it takes four hours to play, and that’s after the month you spent trying to parse the rules. But rest assured that the following games have all been exhaustively vetted over multiple years by one very particular family. We hope you like them.

Rivers, Roads, & Rails (5-12 players, ages 5+)
When they were young, my children played with this transportation-themed tile-laying game like it was a low-rent 2D train set, creating various grids of highways and byways and occasionally zooming around a Matchbox car. Then, at some point, we saw that there were actual rules, and we got many more years out of playing it as the mildly competitive matching game it was made to be.
Also try:
Waterworks (2-4 players, ages 8+)
Carcassonne Hunters and Gatherers (2-5 players, ages 8+)

Gobblet, Quarto, and Cathedral (2 players, ages 7+)
We call these “the wood games,” and they’re all two-person logic games with nice pieces and simple rules — but with an incredibly brainy depth of play. Think: chess, but not as long or boring. I usually lose because the children are accustomed to using the mathy left sides of their growing brains, and my left brain is now more of a confused and shrunken appendage to the overdeveloped right brain where all of my many menopause-y feelings live expansively. Anyhoo, they’re great games and lovely to boot.
Also try:
Blokus Duo (2 players, 7+)
Patchwork Express (2 players, 6+)

Dutch Blitz (2-4 players, ages 8+)
This is a surprisingly delightful game (“vonderful goot,” as the box itself boasts), even though the colors aren’t great, and the Amish boy-girl thematic is, as my daughter puts it, “weirdly heteronormative.” Nonetheless, we’ve played it, oh, a gazillion times, give or take a billion. It’s all about consecutive card-stacking (think: Spit or Solitaire) and stressful speed (think: Perfection), so don’t play it with anyone inclined to argue or hurt their own feelings. A sold-separately expansion deck enables you to increase the players to 8 and makes for absolute CHAOS.
Also try:
Spot It (2-8 players, ages 6+)
Taco Cat Goat Cheese Pizza (3-8 players, ages 8+)

Qwixx (2-5 players, ages 8+)
We’ve played this game in airports, at the laundromat while our bedding dried after a camping rainstorm, and at home when everyone has just a minute for gaming before getting back to whatever it is we should be doing. It’s a predictive dice-rolling game, like a cross between Shut the Box, Yahtzee, and something you’d lose in a casino. Easy to learn, quick to play, but never dull.
Also try:
Yahtzee (2+ players, ages 8+)
Welcome to Your Perfect Home (1+ players, ages 10+)

Sushi Go! (2-8 players, ages 8+)
If the only good thing about this card game were the adorable illustrations — all those grinning, winking maki rolls and dumplings and shrimp — you’d still want it. But it is, in fact, a great game, and one with more depth than the appetizing cuteness might lead you to imagine. It’s also another excellent, undaunting introduction to the world of strategy games. Full disclosure: the expanded party version might be our favorite, but it’s more expensive.
Also try:
Point Salad (2-6 players, ages 8+)
Wingspan (1-5 players, ages 14+)

Splendor (2-4 players, ages 10+)
Because it doesn’t take long to learn or play, this engaging game makes a great introduction to other resource-gathering games that are harder and longer — Settlers of Catan, for instance, or the nearly unsurvivably complex and heart-pounding (but fantastic) Agricola. Plus, everybody loves a jewel theme, and the jewel chips are nice and heavy.
Also try:
Rummikub (2-4 players, ages 8+)
Azul (2-4 players, ages 8+)

Ticket to Ride (2-5 players, 8+)
I’m bookending this guide with rail-themed games, and this one is a doozy. The goal feels simple enough — complete various route objectives by laying out trains on a map — but the game designer describes it as an intense balance between greed and fear (hello, worst self!). We’ve had this game in regular rotation for over 10 years, and still whenever we play I announce that it’s my favorite game. And train enthusiasts (aka kids) will be naturally drawn to it, too.
Also try:
Chinese Checkers (2-6 players, ages 6+)
Power Grid (2-5 players, ages 13+)

Thoughts? What games would you add? Please share below…

Catherine Newman is the author of the social skills book for kids, What Can I Say? and the forthcoming funny grief novel for grown-ups, We All Want Impossible Things (Harper, November 2022). She has written for Cup of Jo about raising teenage boys and being an empty nester, and her house tour made people cry (in a good way).

P.S. Toby and Anton’s favorite game, and three words that changed how we parent.